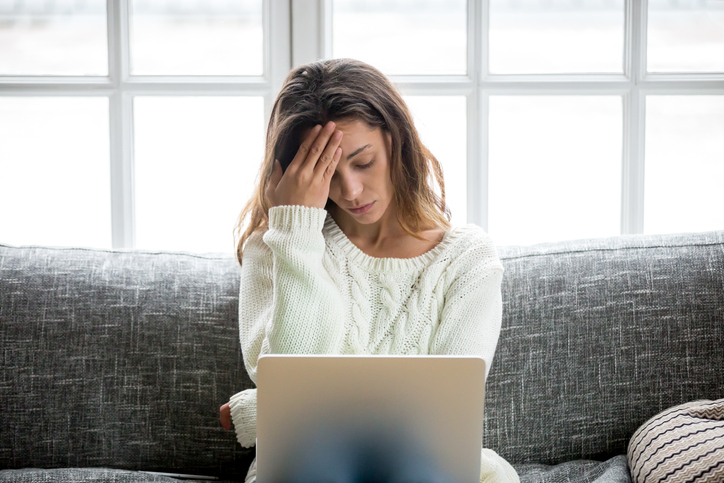 The stress is known as sahasa in Ayurveda. Stress is a feeling of emotional and physical tension that triggers a particular biological response. When you perceive a threat or a major challenge, chemicals and hormones surge throughout your body. Stress triggers your fight-or-flight response in order to fight the stressor or run away from it. Typically, after the response occurs, your body should relax. Too much constant stress can have negative effects on your long-term health. Stress can alter memory and psychological functions, immune function, metabolism and susceptibility to diseases.

However, small amounts of stress may be desired, beneficial, and even healthy. It increases risk of strokes, heart attacks, ulcers and mental illnesses such as depression and also aggravation of a pre-existing condition.

According to Ayurveda Sahasa, by causing ojahksaya (loss of immunity) increases the susceptibility of the body to various diseases. In today’s era, due to the changed lifestyle of the official workers, they commonly face psychological stress. It is also called achievement oriented stress which is mostly suffered by the younger generation. This stress is mainly caused by the internal pressure to achieve success in goals.

Modern system of medicine is still in want of an effective anti stress agent. Though drugs like diazepam and fluoxetine are claimed to have antistress activity but these drugs do not fulfill the criteria of a true, safe and specific anti stress agent. Ancient Ayurvedic physicians had developed certain dietary and therapeutic measures to arrest/delay ageing and rejuvenate whole functional dynamics of the body system. This revitalization and rejuvenation is known as the ‘Rasayan chikitsa’ (rejuvenation therapy). Traditionally, Rasayana drugs are used against a plethora of seemingly diverse disorders with no pathophysiological connections according to modern medicine. Though, this group of plants generally possesses strong antioxidant activity, only a few have been investigated in detail. Several rasayana herbs used as antistress agents have shown antioxidant, immunomodulatory activity. The diseases in which the chronic and oxidative stress are implicated in the etiopathogenesis, there is a logical place for rasayana in their management, modulator, hepatoprotective, antidepressant and anxiolytic effects in various experimental and clinical studies.

Ayurvedic treatment for Stress aims at:

The first line of treatment should always be avoiding the causative factors ( avoiding sahasam – sahasam sada varjayate) The fact that ‘prevention is better than cure’ is well recognized in Ayurveda, as its foremost objective is maintenance and promotion of the health of the healthy. When stress occurs longer it starts affecting the psychological health and the overall health, also directly implicating the appetite and sleep and causes symptoms like Anger, irritability, anxiety, sadness, difficulty focusing or remembering, sleep disturbances, overeating/undereating. Sleep deprivation and other symptoms will result in fatigue and sleepiness. Another major problem is Drug abuse, use of tobacco and alcohol, social with drawel – Individuals suffering from high levels of stress may incline to substance abuse as a method of managing stress. While it may provide a temporary relief from stress, in the long run, substance abuse actually makes stress more pronounced and leads to physical and emotional health issues as well as behavioral and social concerns including social withdrawal. Some Ayurvedic preparations have been described by the ancient Acharyas like Shankhapushpi, Bramhi, Jatamansi, Saraswatarishta, Ashwagandha. Shankhapushpi is believed to have a cooling and calming effect on the brain which can be very much beneficial for the workers suffering from insomnia, anxiety and gives sound sleep. Bramhi is another brain tonic which relieves mental stress, and strain. Jatamansi proves good for the nervous system and helps to cure mental diseases like insomnia, memory loss, hysteria.

Avoidance of stress is the best strategy for treatment and where it is not possible, the body should be well protected by taking appropriate care of the diet and sleep, sleep here indicates adequate rest required by the body. Further, regular intake of several rasayana herbs to increase the coping capacity of the body is advised.

Panchkarma techniques are found to be very useful in treatment of stress related problems. Panchakarma therapy is a procedure which finds the cause of the problem and corrects it by balancing the doshas (biological elements ) of the body. Suggested panchakarma therapies in stress related cases are Abhyangam, Shiroabhyanga and Shirovasti.

About Author – Dr Aryambika US has done her graduation in Ayurveda from the prestigious Amrita Viswa vidyapeetham, Amritapuri campus Kollam Kerala and PG Diploma in Yoga from Annamali university , Chidambaram. She has worked for the past five years in the capacity of an Ayurveda consultant, she also got an opportunity to work under the guidance of eminent ayurvedic physicians Dr L Mahadevan and MR Vasudevan Nambuthiri. Her expertise is in treating lifestyle and chronic diseases also she is a good panchkarma practitioner. Currently she is working as a part of Millioneyes Healthcare Technologies pvt ltd which is into the space of preventive healthcare empowered with Ayurveda and AI.

How To Identify A Reputable Cannabis Dispensary

THE HEALTHIER WAY OF LIVING LIFE

How To Identify A Reputable Cannabis Dispensary

O-Shot: Expectations on the Procedure and the Cost

Blood Plasma: Function, Uses And Why it is Important