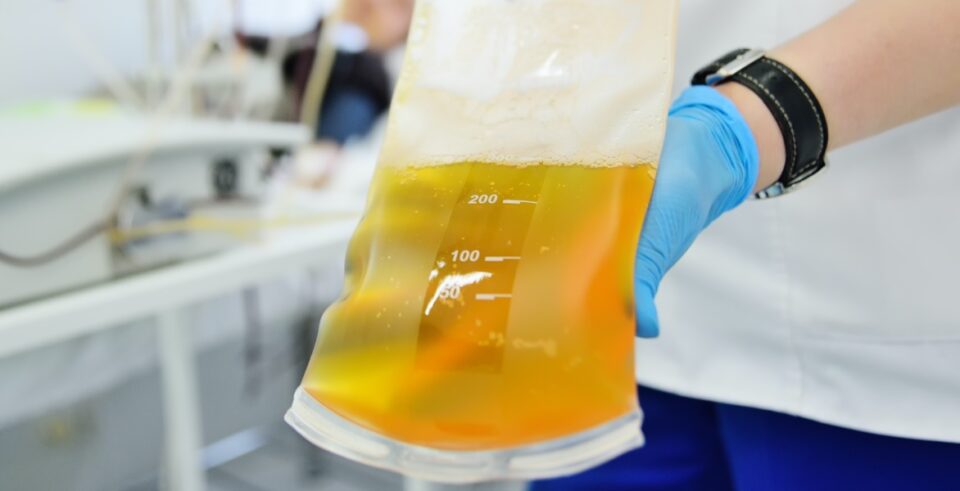 If you are wondering what is blood plasma used for please keep on reading. Besides its usefulness for blood transfusions, blood plasma is also used for a wide range of other purposes. From fighting infections to producing proteins, the use of blood plasma is not limited to a single purpose.

Among all the proteins found in blood plasma, the most abundant is albumin. This protein transports various constituents of the plasma and also helps in maintaining the colloid osmotic pressure of the blood.

It also plays an important role in the body as an extravascular scavenger. In addition, it is a vital component in maintaining acid-base balance. In addition, it has significant antioxidant properties. Its ability to bind to a variety of substances has enabled it to serve as a drug carrier. It is often used as a diagnostic tool to monitor the health of the patient.

Its main functions include the transport of fatty acids, amino acids and hormones. It is also a key carrier of blood clotting factors and fibrinogen.

It is composed of 90% water and salts. It contains protein, coagulation factors and immunoglobulins. It is used to treat many diseases and medical emergencies.

Several types of immunoglobulins are found in blood plasma. They are important proteins that help the immune system fight infections and other disorders. They also help the body destroy antigens. They can be used to treat diseases and help prevent the spread of cancer.

These proteins are Y-shaped glycoproteins that are produced by the plasma cells of the immune system. They are categorized into different types based on the types of light chains that they have. Each of these subclasses has different biological features and target specificity. These differences are important for selecting the correct antibodies to treat a given disease.

IgG is the most common type of immunoglobulin found in blood plasma. IgG antibodies help protect against viral infections and enhance phagocytosis of microorganisms. It is characterized by its ability to block superantigen binding to T cells and regulatory T cells.

Whether you are dealing with bleeding disorders, or you are just a fan of science, you’ve probably heard the term “plasma”. Plasma is a fluid component of blood that contains proteins. It also contains fibrinogen, which helps in clotting.

In addition to being a component of blood, plasma also plays a vital role in the body’s ability to fight infection and bring nutrients into the cells. It has been used in treatments for immune deficiencies, as well as for massive transfusions during life-threatening trauma.

When you bleed, your body initiates a series of complex chemical reactions that help clot the blood. These chemical reactions involve proteins and platelets. They work together to form a fibrin clot that prevents unwanted bleeding. Without these factors, a clot would not be formed.

During an illness, your body has a defense against harmful microorganisms, and this defense is based on blood plasma. The immune system consists of many cells and chemicals that interact with each other to fight off pathogens.

The immune system is a set of cells, proteins, and chemical mediators that work to protect the human body from disease-causing agents such as bacteria, viruses, fungi, and parasites. The immune system can be divided into two categories: innate immunity and adaptive immunity.

In innate immunity, the body reacts quickly to a foreign invader, using a class of proteins called pattern recognition receptors. These receptors bind to unique proteins on the microbe. The body’s immune cells then recognize the microbe and release chemical signals that signal other cells to the pathogen.

AABB’s blood and convalescent plasma donation site locator is a great way to locate donation sites near you. The organization is an international nonprofit that is committed to advancing transfusion medicine. They are also involved in educational activities. They recently released a series of informative videos.

The organization’s website offers a link to its blood and convalescent plasma donation site locator. This tool allows you to find donation sites by state or zip code. The website also includes a list of AABB-accredited donation centers. You can also contact them for additional information.

3 Things To Keep In Mind When Using Bite Blocks

Best Ways To Use A Hair Dryer

CBD For Epilepsy – The Benefits and Safety of Clinical Trials